The Awakening of a Warrior

From conflicts in Panama to the wars in Iraq and Afghanistan, Navy SEAL Michael Jaco has employed his powers of perception and awareness to save his life and the lives of his fellow SEALs. In The Intuitive Warrior, Jaco recounts the mentally and physically demanding training required of members of one of the most elite Special Forces units, SEAL Team Six and how the intuition developed during that training can be learned and applied by anyone.  Jaco explains how he tapped into his intuitive capabilities to predict attacks and protect his fellow soldiers. The Intuitive Warrior will teach you how employing the methods perfected by a genuine military hero can act as a catalyst toward developing a more fulfilled life.

The Awakening of a Warrior: Buy Now

Michael Jaco’s autobiography is unlike any other. It travels through great wars in India, Egypt, Greece, and Rome. It is an epic and thrilling story of kings, generals, philosophers, and religious leaders. It’s  an autobiography of his being, as it has reincarnated into many lives throughout history.  Numerous great thinkers have believed in the transmigration of the soul. General Patton, Gandhi, Henry Ford, the Dalai Lama, all discussed memories of, or beliefs in, having past lives. The great philosophers Pythagoras, Socrates, Plato, Aristotle, and even Saint Augustine believed in the rebirth of the soul. The Awakening of a Warrior is the result of Jaco’s investigation—his treasure hunt—into the lifetimes he experienced before the present.

With over 20 years of experience as an Intuitive, Remote Viewer, and Remote Influencer in diverse environments including combat Michael has expertly honed his skills in the higher consciousness realms.

As a master training specialist Michael Jaco has trained thousands of people in extremely high levels of personal development.

Michael Jaco’s years of experience as a Navy Seal, CIA operative, trainer, coach, leader, and more, his books are not just designed to teach you to be a superior warrior, but how to become a better leader using intuition and other tools helping you build a better future. 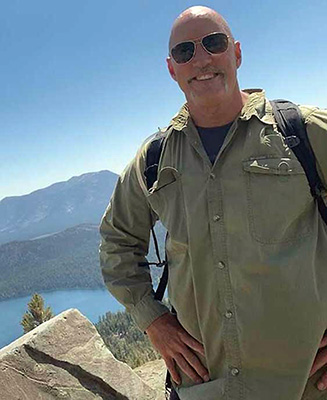